In comparison to others, there’s one thing I’ve noticed these past several years, I’m a moody blogger.  As a fellow blogging friend once commented, “Myrl, I never know what I’ll find when I visit your blog.”  She’s right of course – sometimes I post housing market statistics, while at other times it will be recipes. At other times, I post home buying or selling advice.  And, because I have a certain passion for photography, I frequently post pictures from my adventures around the Sacramento Region; or within a 100 mile radius of home! Sometimes the distance is even greater! 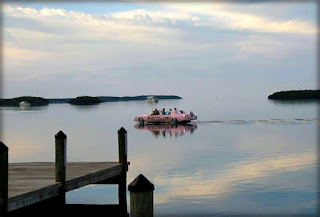 When it comes to posting pictures, I usually accompany the photo with information or history surrounding the scene; but not always.It is my opinion there isn’t a right or wrong way to post a picture to a blog.  It doesn’t really matter whether all scenes have accompanying dialogue or not.For example, let’s travel an adventure together.
Glance at the picture above.  There are no words labeling what it is.  Perhaps, had I chosen, I could have titled it “The Pier of Transport.” So, what do you see?  What emotions does the picture evoke?  Can you associate any old memories or experiences of your own with it?  Perhaps, it transports you away from your computer screen, on into another realm, another place, directing your thoughts and imagination away from your current existence?
Because there were no words initially describing the picture, the blog visitor is allowed to interact with the photo on their own level.  There is no interference imposed by the photo poster’s control.
Now, let’s change gears.  What if I were to reveal that the scene was captured on Islamorada, in the middle of the Florida Keys?  It was snapped during a magical evening, when calm seas had coupled with a spectacular sunset.  To add delightful stitches to an already magical tapestry the pink amphibious water car swam about the pier like an exotic fish from an alien realm.
The location of the pier is immediately adjacent the grounds of the Islamorada Fish Company restaurant, near the well-stocked World Wide Sportsman outfitters.

With the two preceding examples, I’m demonstrating the power of photographs, both with accompanying words, and without them.  Pictures are and can be powerful communication tools.  It is not uncommon to see armies of motivational posters in corporate office buildings.  They provide a lone photographic scene, with a solitary word emblazoned upon it.  “Believe” – “Courage” – “Inspiration” – “Dedication” they may evoke.  These picture posters transport to a place where the individual’s own imagination to innovate, create, and move thinking to new frontiers.  They invoke and evoke.
However, photographs married with creative words from the photographer can provide information about the scene as experienced by the person behind the lens.  Their words can educate and inform, as well as acting as transport.
Photos with words - or without them, have the capacity to provide gifts of value.  A picture truly can be worth a thousand words, especially, if the picture navigates your mindstuff, to previously unexplored frontiers.  The photo acts as trigger.
The photo blogger has in their power to determine what it is they are trying to accomplish with their photo posts.  If it is to educate and inform – they can write the chosen words to accompany the photo.  But, if it is to challenge the blog visitor's imagination and own thoughts - then they can post solely the picture.  Desired purpose can be fulfilled with either method!

Posted by Myrl Jeffcoat at 1:53 PM No comments:

Myrl Jeffcoat
I am a life long resident of the Greater Sacramento area, and have been a Realtor since 1981. Whether your real estate needs are entry level or executive level, I have the experience to give you the professionalism, you deserve. If you are currently thinking of buying or selling a home, please give me a call. I will be happy to assist you with any real estate needs you have. RealLiving Great West Real Estate is also an excellent relocation resource. Should your move be local or global, I have the resources to give you the best assistance possible.